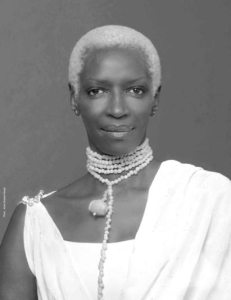 By writing this book on his life story, Joseph Nsabimbona has achieved one of the major steps in his life. The book is a genuine attempt to translate in writing his life experience and to testify the extent to which God has helped and rescued him throughout his youth spent in Burundi, his student life in Ukraine, his working life back in Burundi, his difficult time in New York, his split life between Denver and Montreal, his time in Benin and finally his faith life back in Denver with the true support of his wife Angeline and the inspiration of his two daughters, Shemeza and Shima.

I have been deeply moved by Joseph’s experience of life and his encounter. Born from both parents who were members of the Baganwa aristocracy, his misfortune started at an early age when his father the late Muganwa (Prince) Mutare Eugène Nsabimbona died as a result of internal bleeding due to a car accident he had had the previous day. The sudden death of his father would have a detrimental effect and a tremendous impact on the welfare of the whole family as he was the only breadwinner. His mother, who was not highly educated despite being a daughter of the respected Muganwa (Prince) Mwezi Antoine Gikoro, had to work extremely hard doing manual work to put food on the table for a family of 8 children. However, despite the misfortune of his upbringing and against all odds Joseph has managed to work his way through and to achieve a status which we all envy. What is quite striking in Joseph’s life experience is the fact that he was brought up in a very deeply caring and loving environment; an environment where he was taught to respect every human being irrespective of one’s wealth or ethnic origin and to be grateful to God for whatever life would throw at him. In the Burundian culture God is so involved in our daily life that you can’t imagine life without His guidance and support. This is the essence and the key of the values encompassed in the Ubuntu culture and education.

The warmth of Joseph’s upbringing is a true illustration of the kind of education and attitude towards life shaped by the Baganwa aristocracy and community in Burundi, which demonstrates a deep sense of caring for those who are not fortunate enough and a great sense of unselfishness. As we say in our culture and language Joseph is a genuine Prince! As much as my experience and endeavour in helping the poor children of Burundi has given me the title of the Princess of the Rugos of Burundi, I genuinely believe that after reading this book, the reader would crown Joseph as the “Prince of the Unfortunates
and Refugees of Denver” in Colorado.